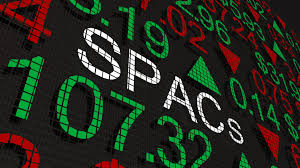 By Sergio Camarero15 October, 2021No Comments

Growing numbers of young people are raising funds for deals in a challenge to Wall Street elites.

The trajectory of so-called blank-check companies—effectively vast pools of cash in search of investment opportunities—is shaping up to be a classic Wall Street feeding frenzy. In the past two years, they’ve morphed from a niche product aimed at financial pros into a mass-market phenomenon hyped on Twitter and CNBC. Almost 600 of these special purpose acquisition companies, or SPACs, are trading in New York, and high-profile financiers such as hedge fund titan Bill Ackman, Japanese tech billionaire Masayoshi Son, and Citigroup Inc. veteran Michael Klein have jumped in. This year, some 450 SPACs have completed U.S. initial public offerings, with a total value of $130 billion—more than one-and-a-half times the massive haul of 2020—and hundreds more are waiting to list.

Now the kids are joining the party. More than a dozen people age 30 and younger have been named as executives or board members at blank-check companies that have filed listing plans since June, according to data provider SPAC Research. These include a 27-year-old who got a master’s in project management from Georgetown University in 2020, a 29-year-old Atlantan who’s involved in four of them, and a pair of 23-year-old fraternity brothers from Cornell who list a $9 million, seven-bedroom mansion as their headquarters. With so many aspiring entrants, the SPAC market today looks like “a pile-on after the match is over,” says Brett McGonegal, chairman of advisory firm Capital Link International Holdings Ltd. “The most important thing on Wall Street is timing. If you come at the wrong time for a product that’s lost its luster, it’s going to hurt.”

SPACs raise funds from investors to make an unspecified acquisition, though they’ll sometimes declare a theme such as health care, technology, or Asia. After a SPAC begins trading, its promoters scour the globe for a good company to buy. The two sides negotiate a deal and merge, effectively offering the target a shortcut to going public—and a rich reward for the SPAC’s founders. Increasingly, those founders are relative newcomers. “Younger people have a lot of advantages, because they are very innovative and they have the punch,” says Sergio Camarero, a managing partner at adviser ARC Group.

Camarero’s team brought in Yoann Delwarde, a 30-year-old consultant living in Shanghai, to serve as chief executive officer of a SPAC seeking to raise $50 million for a tech acquisition. A French engineering grad who’s been in China for seven years, Delwarde advises startups on business development and motivating their sales staff. He sees running the blank-check company as a logical next step and insists investors don’t care how old—or young—a SPAC’s leaders might be. “It’s about the skill set and quality of the team and quality of the network,” he says, “rather than the age and the traditional ladder of progress in the corporate environment.”

Many of the companies run by this new generation are targeting businesses with particular appeal to the young. Vikas Desai, the 30-year-old founder of cannabis investment firm Achari Ventures, plans to raise $100 million for a SPAC focused on the emerging industry. Alexander Hornung, a 27-year-old living in Zurich, is chief financial officer of Mountain & Co. I Acquisition Corp., which says it will buy an internet business with the $200 million it hopes to raise. Former Goldman Sachs Group Inc. banker Claire Councill, a board member of a SPAC that plans to acquire an entertainment or other consumer-focused business, was 26 when the company raised $173 million in June.

Others are like Rose Hill Acquisition Corp., seeking to bring capital to a relatively neglected corner of the world. Started by teammates on the Cornell tennis squad, Rose Hill aims to raise $125 million to hunt for an acquisition in Latin America, with a listing likely in October. Founders Albert G. Hill IV and Juan Jose Rosas, both members of the Delta Upsilon fraternity, spent time at Chardan Capital Markets LLC, an adviser that’s carved out a niche arranging blank-check deals. Hill, a great-great-grandson of the legendary gambler-turned-oil baron H.L. Hunt, also had a stint as an entry-level investment banking analyst at Guggenheim Partners and runs an online mattress company on the side. Rosas, an information science major from Lima, was a member of Cornell’s hedge fund club and interned at Point72 Asset Management.

Cohen & Co. and Chile’s Ameris Capital are among the SPAC’s financial backers, and Wall Street stalwart Cantor Fitzgerald LP has signed on to underwrite the offering. Board members include a former executive at a top Brazilian fund manager, alumni of Banco Santander SA and UBS Group AG, and the ex-CEO of one of Peru’s largest business groups. Hill and Rosas, who will get discounted stock that should help them profit handsomely from a successful deal, declined interview requests citing a regulatory “quiet period” ahead of the IPO.