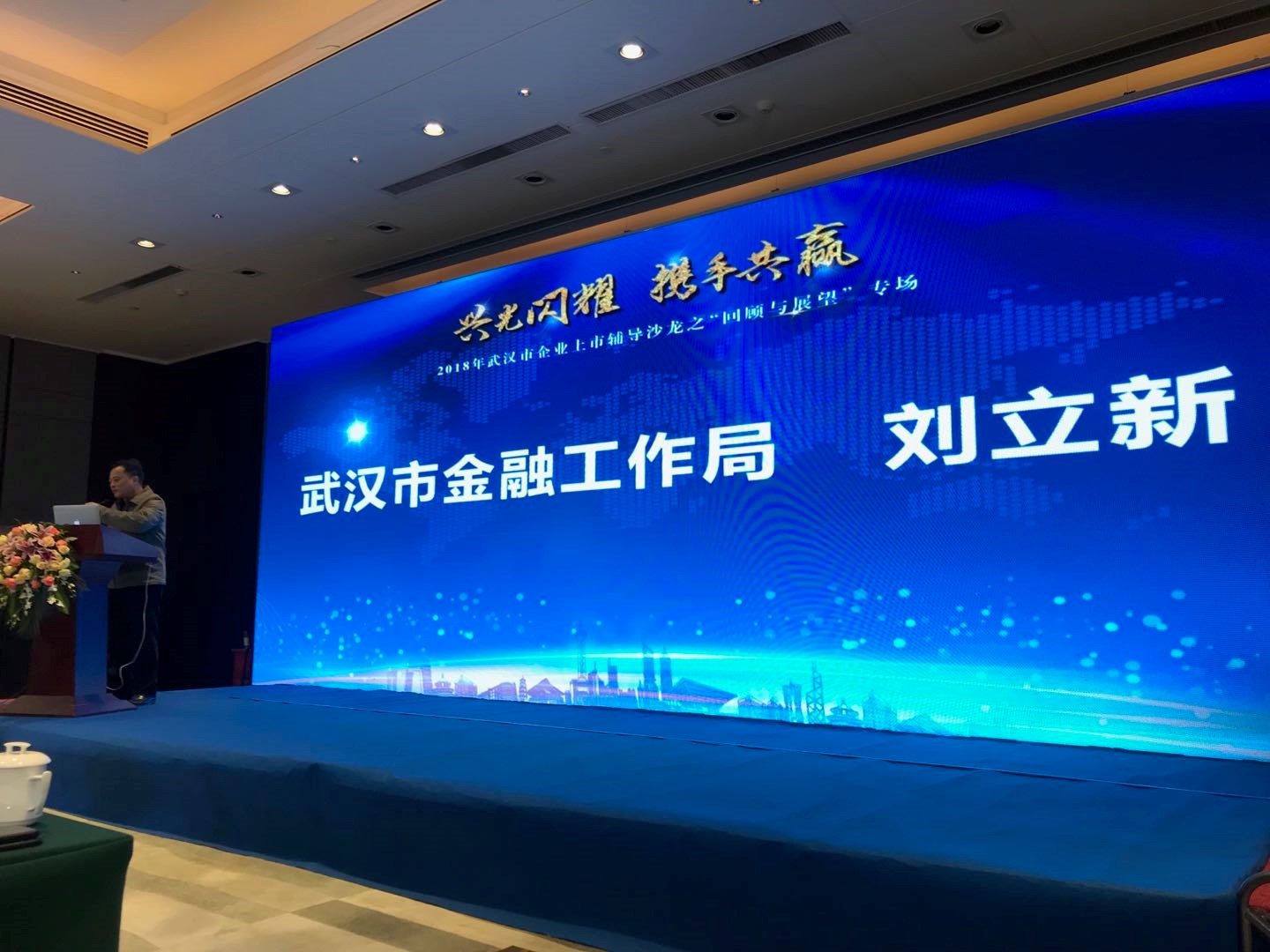 Last stop of 2018 | An overview of this past year – Realistically, how far are we from NASDAQ

Home » Last stop of 2018 | An overview of this past year – Realistically, how far are we from NASDAQ

On December 20th, 2018 ARC Capital was invited to participate in a prominent event emphasizing Capital Markets, organized by the Wuhan Finance Secretary, Industrial Bank of Wuhan and other principal financial institutions within China. The main objective of the event was to review the 2018 Public Listings of Wuhan enterprises on a macroeconomic level, forecast potential 2019 Capital Markets prospects and implement measures to promote further private enterprises to capitalize its growth through domestic and foreign capital markets. Among the Finance professionals present at the event, Crystal Zhang, Managing Partner of ARC Capital, was requested to conduct a lecture regarding Public Listings on U.S and Hong Kong Capital Markets. Throughout 2018, private enterprises in Wuhan achieved favorable results in public listings; 9 domestic companies were successfully listed on Capital Markets overseas, with only 1 company filing for reverse-listing in 2017. Among the newly public listed, the number of domestic companies publicly listed abroad ranked-first amongst the 5 provincial capitals within the central region and nationally ranked-third amongst the 15 sub-provincial cities. Hubei’s collective entrepreneurial community ranking has risen from 16th place in 2017 to 6th this year on a national level, due to the increasing number of entrepreneurs within its region; with 5 of the newly public listed companies all being Wuhan enterprises. Currently, there have been 77 newly public listed companies within the city, of which 57 are domestically listed companies; ranking-first amongst the 5 provincial capital cities within the central region. The success and prosperity of this year’s achievements is a result of effective leadership and management from the municipal government,  influences of Hubei Securities Regulatory Bureau and Provincial Listings Office, leading members of the public market listing group, financial public listing offices of various districts, and most importantly the involved private enterprises and financial intermediaries that have contributed to this process. In the upcoming 2019 year, opportunities and challenges facing private enterprises are coexistent.

The newly implemented regulations of the Shanghai Stock Exchange and pilot registration system will soon be introduced. Moreover, the Shenzhen Stock Exchange newly announced that it will be promoting the convenient listings and refinancing conditions of GEM. Entrepreneurs and private enterprises are encouraged to capitalize on these preliminary opportunities to prepare for the upcoming year of drastic growth, potentially through the utilization of Capital Markets. At the same time, the ‘3-year multiplication plan’ of newly listed companies in Wuhan faces the obstacles of insufficient internal enterprise reserves. It is inevitable that leading members and units of municipal enterprises Public Listing group to actively explore enterprises with willingness to be publicly listed conditions. Financial offices (Public Listing offices) within each district are encouraged to vigorously investigate the listed reserve enterprises by implementing in-depth research and analysis of respective enterprises to identify the situation, and to resolve the barriers and difficulties through promotion and execution of advocacy policies. Coordination to resolve obstacles and providing support to businesses’ developments to strengthen the confidence and performance of enterprises are also encouraged, while emphasizing its promotion through presence of newspaper and media channel outlets.